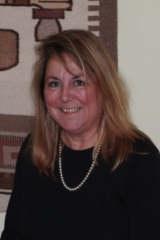 April is Bowel Cancer Awareness Month and April 2020 wasn’t supposed to be like this. COVID19 has changed everything, and the world’s focus has rightly turned to fight and beat the global pandemic.

Wishing @BBCAlagiah all the very best for a speedy recovery ❤️

Just to let you know, our office is currently closed but our team are set up from home and still available to help with any enquiries you may have.