Phillips Basingstoke Half Marathon took place on Sunday 7th October. A team of 60 runners took part as members of Team Phillips with the aim of raising money for Pelican Cancer Foundation.  Among the runners were Pelican trustees Howard Gardener, whose firm Phillips Solicitors, were the headline sponsors of the event; and Consultant Colorectal Surgeon Mr Brendan Moran. This was the fifth time that Howard and Brendan have taken part in the popular, if gruelling event together!

In 2018 Phillips has chosen Pelican Cancer Foundation as their charity of the year. 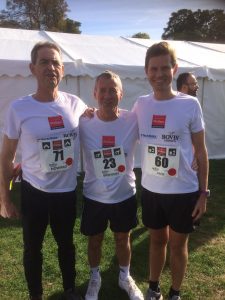 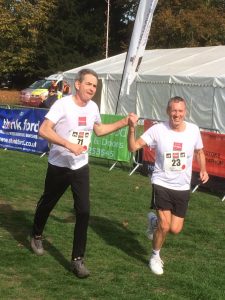